Celestino V: Income from the Book on Pope to African Mission 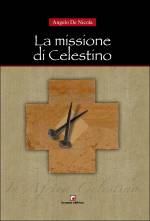 (AGI) L'Aquila, 17 August. The earnings from the 'La Missione di Celestino' ('Celestino's Mission'), the new novel by the journalist and writer from l'Aquila Angelo de Nicola, will be entirely devolved to charity. The income from book sales will go directly to the Mission in Bangui, in the Central African mission named 'Celestino V'.

The Mission was created 15 years ago by the Benedectine-Celestine nuns of the San Basilio cloister, the most ancient in l'Aquila. It is now going through great difficulties due to lack of funding for the realisation of a water-well. 'La Missione di Celestino', published by La Nuova Editrice, is the sequel of the previous novel 'La Maschera di Celestino' ('Celestino's Mask').

The latter (which has now been re-published as 'Part I' with some revisions), focuses on the theme of peace, on the monumental figure of Celestino and his attitude toward forgiveness.

The 'Second Part' also takes place in the enthralling scenario of l'Aquila and its surroundings (Rojo, San Pietro della Jenca, the Gran Sasso mountain range, the San Franco retreat etc.), and is dominated by the theme of evangelisation and a new Church.

The plot is inspired by the 'Divina Commedia' (Dante's Divine Comedy) and will not be revealed. The last scene is a total surprise. The author writes in a note of the book which is named 'Climbing Africa' ('Cordata per l'Africa'): «When in March 2005 the song-writer Francesco De Gregori published his album Vai in Africa Celestino (Go to Africa Celestino) with a clear reference to Celestino V, the nuns of San Basilio took the opportunity to appeal for their mission in Africa. By paraphrasing De Gregori's song, the nuns said that Celestino had already gone to Africa 15 years ago and was now in big trouble because his mission lacked water, there was no electric energy and there was no money. So I listened to their appeal».
171237 AGO 06